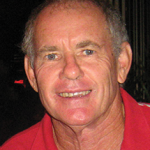 Systematic Training For Effective Parenting course. He was a representative of Queensland Council of Parent and Citizens Association 1984–1995 and a foundation member of Human Relationship Education Committee for The Department of Education 1989-1995, specializing in children’s self esteem

His other achievements include:

Mike worked in aged care for 12 years retiring in 2013. He has experienced being a co- parent, single parent [widowed 1989] and grandparent.